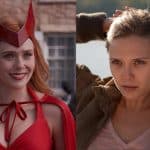 Murray Ferguson on ten actors who have shined in their non-franchise roles… Some actors become so closely associated with certain characters that it can be easy to forget their work outside of a franchise. This may be because the characters are beloved within pop culture, their franchise failed to resonate with viewers, or simply due […]