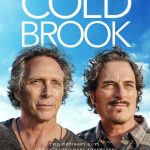 Vertical Entertainment has revealed a poster and trailer for the upcoming drama Cold Brook ahead of its release next month. The film marks the directorial debut for William Fichtner, who also stars alongside Kim Coates, Robin Weigert, and Harold Perrineau; take a look here… Two ordinary guys in a small town embark on an extraordinary […]

Actor William Fichtner has had a long career in film that has seen him play a variety of supporting roles, from Heat to Armageddon to last year’s Independence Day: Resurgence. Now, according to Deadline, he will be making his directorial debut as he goes behind the camera for the drama Cold Brook. “[Cold Brook is] the story of two ordinary […]