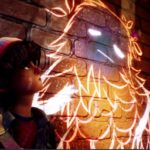 Sony has announced a new PlayStation title during Paris Games Week called Concrete Genie, while Pixelopus, the studio behind the project, has also given a brief interview about the game and what inspired them to make it. Take a look at the trailer and video here…   Concrete Genie is a game about a bullied teenager […]