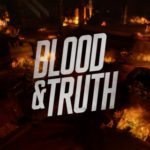 During Paris Games Week, Sony has announced a new game for PSVR entitled Blood and Truth. The game is being developed by London Studio who were behind The Getaway and London Heists from PSVR Worlds and sees you take on the role of an ex-special forces member as he seeks revenge on mobsters from the London underworld. […]

Sony has announced a new PlayStation title during Paris Games Week called Concrete Genie, while Pixelopus, the studio behind the project, has also given a brief interview about the game and what inspired them to make it. Take a look at the trailer and video here…   Concrete Genie is a game about a bullied teenager […] 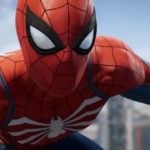 PlayStation have shown off a new teaser trailer for their exclusive Spider-Man game. Back at E3 we got a look at the gameplay but this time round the trailer shows more of Peter Parker and the game’s supporting characters, including Miles Morales. We already knew that both Wilson Fisk a.k.a. The Kingpin and Mister Negative […] 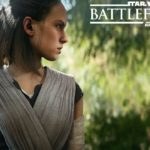 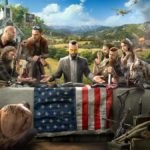 Sony has unveiled a new trailer for Far Cry 5 at Paris Games Week, which highlights the co-op play for the story mode. Previously in the Far Cry franchise co-op was only available for players to jump into each other’s world and help each other out, whereas this time round the entire game can be […] 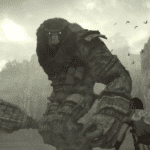 Sony has released a new trailer for Shadow of the Colossus during their Paris Games Week conference. First appearing on PlayStation 2 back in 2005, the PlayStation 4 version has been built from the ground up by JAPAN Studio and Bluepoint Games. Check out the trailer here… Helmed by Bluepoint Games, the emotion, intensity and beauty […] 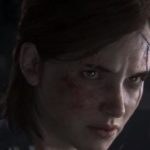 Sony has shown off a brand new trailer for The Last of Us Part II during Paris Games Week. This is the first time we have seen anything about the game since the reveal trailer back at PlayStation Experience last December, and gives us a brief look at some new characters during a very violent […] 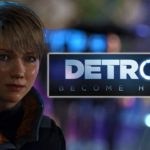 Sony has unveiled a new Paris Games Week trailer for the upcoming PlayStation 4 release Detroit: Become Human. This trailer focuses on the character Kara who first appeared in the game’s teaser trailer back in 2015. This time round we see Kara involved in one of the scenarios that she will play out in the game, […]

A new trailer for the PlayStation exclusive God of War has been unveiled at Paris Games Week. The trailer gives us a brief look at some gameplay for the highly anticipated release, and we have it for you here; check it out… It is a new beginning for Kratos. Living as a man, outside the […] 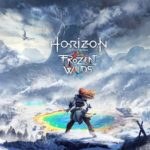 PlayStation have released a brief trailer for the upcoming Horizon Zero Dawn DLC, The Frozen Wilds, during their conference at Paris Games Week. Horizon Zero Dawn is one of this year’s most praised games and the new DLC will open up a new area to players with the addition of new characters, missions and places […]