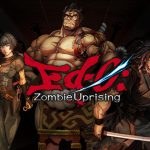 D3 Publisher and developer Lancarse Ltd’s latest rogue-like action title, Ed-0: Zombie Uprising, is now available on Steam Early Access for PC.  Players who fancy taking part in taking down zombies in Edo period Japan can purchase the game from Steam (priced £19.99/ $19.99/ €19.99) and provide feedback to help towards a polished game and full-featured […]

D3 Publisher and developer Lancarse Ltd have announced that they will be releasing their latest rogue-like action title, Ed-0: Zombie Uprising, on Early Access on 4th April.  Scheduled to last for six months, this early access phase will allow players to battle their way through 10 hours of core gameplay using a number of different traditional […] 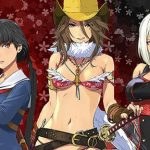 D3Publisher and developer Tamsoft have announced that their high-speed action hack ‘n slash zombie slaying title Onee Chanbara Origin will be launching on the Playstation 4 and PC via Steam on 14th October.  This HD remake of both the Onechanbara and Onechanbara 2 games will feature redesigned characters and a new interpretation of the story of […] 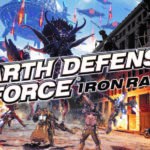 Playstation 4 players can today enlist in the elite EDF as D3 Publisher announces the release of Earth Defense Force: Iron Rain exclusively on Playstation 4.  In this latest title of the long running series, the Earth is once again threatened by a malevolent extra-terrestrial race and all players are needed to protect the citizens of […] 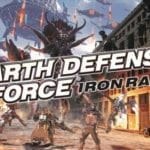 D3 Publisher has announced that Earth Defense Force: Iron Rain, the latest chapter in the beloved Earth Defense Force series, will launch exclusively on the Playstation 4 on 11th April.  This latest installment in the franchise will take players to a brand new territory to face a devastating new threat to humanity.  A new trailer can […]

D3 Publisher have announced that their latest title, Idol Death Game TV, is due to be released on PS Vita in Japan on 20th October. Created by developer, WitchCraft (known for The Irregular at Magic High School: Out of Order), Idol Death Game TV is set to be an action adventure game that sees idols fight to […]