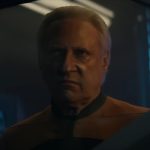 A new trailer for the third and final season of Star Trek: Picard was revealed at the New York Comic-Con and showed off a number of new faces as well as the surprising return of two classic Star Trek: The Next Generation foes. Watch the trailer below… Amanda Plummer joins the cast as Vadic, seemingly the primary […]