It was only last week that we’d noted how many projects J.J. Abrams has on the go at various networks, but now he doesn’t need to worry about one of them because HBO has decided not to move forward with self-penned sci-fi epic Demimonde due to budgetary reasons. According to Deadline the decision not to […] Square Enix Collective have announced the release of 2D vertical action platformer Octahedron on Xbox One, Playstation 4 and PC.  Developed by indie studio Demimonde, Octahedron is a rhythm synced platformer that takes players to a strange neon world.  Watch the new launch trailer below for a glimpse of this colourful game… This 2D action platformer tasks players […] 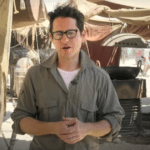 Despite the fact he’s currently knee-deep in rewrites for Star Wars: Episode IX ahead of filming later this year, J.J. Abrams has found the time to pen a new sci-fi TV drama entitled Demimonde, which has been given a straight-to-series order from HBO. According to THR, the series is described by HBO as “an epic […] 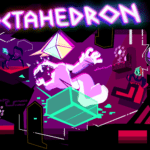 Square Enix Collective have announced that they will be working with indie developer Demimonde to bring their vertical platform action adventure game Octahedron to the Xbox One, Playstation 4 and PC in 2018.  For a glimpse at this psychedelic 2D game world watch the new announcement trailer below… In Octahedron players are set with the task of […]