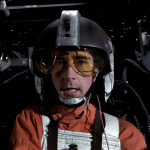 After rejecting the opportunity to return to the X-Wing cockpit for Star Wars: The Force Awakens, it seems that Denis Lawson is set to reprise his role as Wedge Antilles for December’s Star Wars: The Rise of Skywalker. Original Trilogy star Lawson (the uncle of Ewan McGregor) previously stated that he turned down Episode VII […]