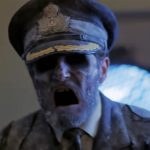 Tubi has released a trailer for The Asylum’s latest horror film Titanic 666 which sees the ‘Titanic 3’ setting sail on the 110th anniversary of the launch of the original ocean liner, only for the passengers to begin experiencing dark events and paranormal encounters during its maiden voyage; watch it here… ﻿ After a mammoth […]