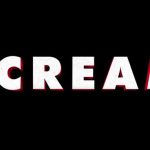 The Scream franchise is heading out of Woodsboro and into the Big Apple in 2023 for the sixth instalment in the iconic slasher series, and we’ll soon be getting our first look at the now-titled Scream VI as a couple of screenshots from the first trailer have leaked online and began circulating on social media. […]