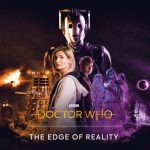 Back in October of last year it was announced that Maze Theory and BBC Studios were teaming Jodie Whittaker’s Thirteenth Doctor and David Tennant’s Tenth Doctor in a quest to save reality in the video game Doctor Who: The Edge of Reality, and now we have an official release date of September 30th. Doctor Who: […] 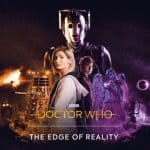 BBC Studios and digital entertainment studio Maze Theory have announced that their are expanding the world of Doctor Who video games with two brand new titles featuring Jodie Whittaker’s Thirteenth Doctor and David Tennant’s Tenth Doctor. First up is Doctor Who: The Edge of Reality, a first-person adventure which builds upon last year’s VR experience […]