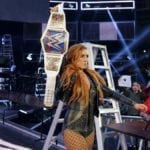 Liam Hoofe rounds up the top 10 WWE stars of 2018… It’s been an incredibly interesting year to be a WWE fan. Perhaps more than any other year in recent memory, there has been some serious highs and lows for the company, with Daniel Bryan’s return to the ring being a serious high, while Roman […]

Some sad news to start the weekend with- according to a report from PWInsider, WWE superstar Paige is being forced to end her career as a wrestler due to an injury sustained at a house show last month. Paige was seen on this week’s Raw but reports suggest she was told during the show that […] 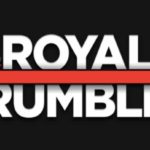 Liam Hoofe with a round-up of the latest wrestling news…  Big Name Released From the WWE According to various sources, including Bryan Alvarez on Wrestling Observer live, Jim Johnston, the man behind so many iconic wrestling themes, has been released from the company after three decades. This news is particularly surprising, and also quite sad. […]

Oli Davis rounds up the biggest professional wrestling news in his daily WrestleTalk column… Enzo Amore & The ‘Casshole’ Enzo Amore opened the show with an impassioned promo about how Cass shockingly betrayed him. Twice. Saying the 7 footer should now wear a shirt saying ‘Casshole’. Hopefully that’ll prompt the crowd to chant ‘Caaaaasshole’ to […]

Oli Davis rounds up the biggest professional wrestling news in his daily WrestleTalk column… TNA/GFW Returns The last week period has marked another historical landmark aside from Independence Day: Impact Wrestling’s independence from the initials TNA, with the promotion officially rebranding itself as Global Force Wrestling. Yes, I do know the title and thumbnail still read […]

Oli Davis rounds up the biggest professional wrestling news in his daily WrestleTalk column… TNA Rebrand As GFW Many consider the initials ‘TNA’ to be a poison brand, synonymous with 15 years of bad decisions, sliding ratings and Dixie Carter clinging onto Hulk Hogan’s leg. In more colloquial terms, TNA also stands for Tits and […]

Oli Davis rounds up the biggest professional wrestling news in his daily WrestleTalk column… Great Balls Of Fire…Get Used To It The Royal Rumble! Survivor Series! Summerfest! And, of course, the granddaddy of them all, Wrestlemania! WWE’s Big Four shows of the year. Events that can sell out based on their brand names alone. Then […]