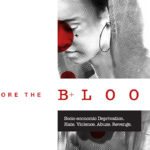 Publishers Green Man Gaming Publishing, Enter Yes and Northern Ireland Screen have announced their new urban brawler game, Before the Blood, which is set for release on PC later this year.  The game will be publicly unveiled  at the Games Developer Conference in San Francisco but in the meantime check out the new trailer below… […]