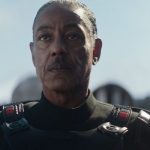 Netflix has ordered a new heist drama titled Jigsaw with Giancarlo Espositio (The Mandalorian) set to lead the series from producer Ridley Scott. Jigsaw has been created by Eric Garcia, who will act as showrunner, basing the story loosely on an event in New York during Hurricane Sandy where billions of dollars went missing. Also […]