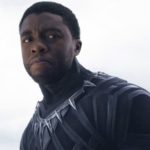 Moonlight director Barry Jenkins has signed on to direct Expatriate, which Deadline describes as “an international thriller set around a 1970s plane hijacking”. Black Panther star Chadwick Boseman is attached to star, having co-written the script with Logan Coles, and the film is being produced by Marc Platt Productions and Gran Via Productions for Universal […]