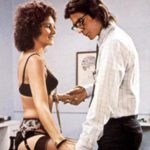 EJ Moreno looks at ten controversial movies and the drama around them… What makes a movie controversial? Is it the buzz around the film, or what actually happens during its runtime? For this list, I’ll look at some of the most infamous movies ever and figure out what was the root of the conversations. Don’t […]