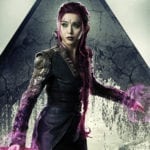 During this year’s Cannes Film Festival, it was announced that Jessica Chastain (Molly’s Game), Marion Cotillard (Allied), Penelope Cruz (Murder on the Orient Express), Lupita Nyong’o (Black Panther) and Fan Bingbing (X-Men: Days of Future Past) would be teaming up for 355, a star-studded espionage film from director Simon Kinberg (X-Men: Dark Phoenix). However, if you’ve been […] 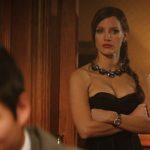 Last week Jessica Chastain spoke passionately about taking her idea for spy-thriller 355 to sell at the Cannes Film Festival. Now Deadline is reporting that the film has been bought by Universal Pictures for a whopping $20 million. Simon Kinberg (X-Men: Dark Phoenix) is set to direct 355, “a large-scale espionage film” that will feature […] 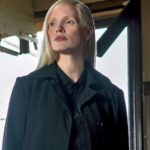 Chinese actress Li Bingbing (Transformers: Age of Extinction) has signed on to the cast of Warner Bros.’ prehistoric shark adventure Meg, replacing her namesake Fan Bingbing (X-Men: Days of Future Past), who has had to drop out of the project due to scheduling issues. Based upon Steve Alten’s Meg: A Novel of Deep Terror, the […]