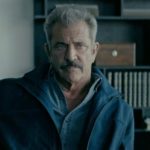 THR is reporting that Mel Gibson is set to take on the role of Santa Claus in Fatman, a darkly comic Christmas action comedy which is set to be directed by Ian and Eshom Nelms (Small Town Crime, Waffle Street). According to the site, the film follows “a rowdy, unorthodox Santa who is fighting his […]