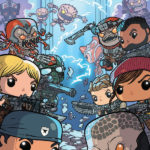 IDW Publishing puts a whole new spin on the Gears of War franchise this Wednesday with the release of the one-shot comic Gears Pop!; check out a preview of the issue here… Gears Pop! brings together iconic Gears characters in a cute Funko Pop! style. It’s the perfect slice of mobile mayhem. Experience all-new adventures—and […] 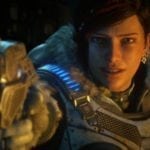 Microsoft’s flagship third person shooter, Gears or War 5, received several trailers during yesterday’s E3. The game will focus on a female lead, Kait Diaz, who made her debut in the franchise in Gears of War 4. Like most things E3, details are sparse, but it is being developed by The Coalition and is due […]