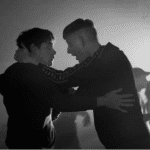 Ahead of its UK release next month, a trailer has arrived online for the 90s-set rave culture drama Beats. Directed by Brian Welsh, the film stars Cristian Ortega and Lorn Macdonald as friends Johnno and Spanner who decide to spend one last night together at an illegal rave when a move forces them to part […]