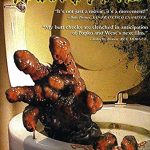 Kieran Fisher takes a look at some entertaining films about killer toilets and faecal matter…. First and foremost, World Toilet Day should be commended for raising awareness of and inspiring people to tackle the global sanitation crisis – a topic often neglected and overlooked in the grand scheme of things, but one which poses serious […]

Independent film and home entertainment distributor Shout Factory and its offshoot strand Scream Factory, have announced the US Region A Blu-ray release of cult horror double-bill Ghoulies and its sequel Ghoulies II. Set for release on April 21st, the double-pack is packed with new and exciting special features, as detailed below, as well as newly-remastered […]