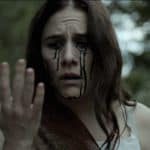 Following on from the film’s premiere at Salem Horror Fest’s virtual edition this past October, Shudder has announced that it is set to release the psychological thriller A Nightmare Wakes. The feature debut of writer-director Nora Unkel, the film reimagines iconic author Mary Shelley’s (Alix Wilton Regan) creation of her literary masterpiece Frankenstein and her […]