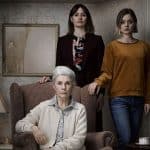 The winners of the 2017 Gotham Awards were announced last night, with Luca Guadagnino’s Call Me By Your Name taking home the top prize of Best Feature, as well as the Breakthrough Actor award for Timothee Chalamet. It was also a good night for Get Out, which received Breakthrough Director Award (Jordan Peele), Best Screenplay […] 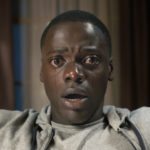 The nominations for the 27th annual Gotham Independent Film Awards have been announced today, with Jordan Peele’s acclaimed directorial feature Get Out leading the pack with nods in four categories – Best Feature, Breakthrough Director (Peele), Best Screenplay (Peele) and Best Actor. Get Out will contest the Best Feature award against Call Me By Your […]

It was a good night for Moonlight at the Gotham Independent Film Awards last night, with the Barry Jenkins-directed drama fending off competition from Certain Women, Everybody Wants Some!!, Manchester by the Sea and Paterson to win Best Feature, while it was also honoured with Best Screenplay, the Audience Award, and a special jury award for […]

The 25th Annual Gotham Independent Film Awards took place last night in the USA, and the winners were a veritable mix of some of the year’s best indie films. Tom McCarthy’s Spotlight was the big winner on the night with three awards including Best Feature, Best Cast and Best Screenplay. British actress Bel Powley won the […]