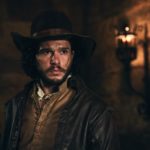 Winter may have temporarily halted, but Kit Harington still has more to look forward to this yeah over at HBO. Harington’s miniseries Gunpowder, which premiered on BBC One last week, will be brought over to HBO in December and be made available to viewers through HBO On Demand, HBO Now and HBO Go. Gunpowder is a three-episode […]

As Game of Thrones Season 7 draws to a close this evening the King of the North is going to have some free time on his hands for a few months, and with this Kit Harington is plotting to bring down the Houses of Parliament along with Tom Cullen, Liv Tyler and Edward Holcroft to […]

Kit Harington (Game of Thrones), Liv Tyler (The Leftovers), Peter Mullan (Top of the Lake) and Mark Gatiss (Sherlock) have signed on to star in the upcoming three-part historical thriller series Gunpowder from the BBC. Scripted by Ronan Bennett (Top Boy), who devised the project with Harington and Daniel West, the series will explore the […]