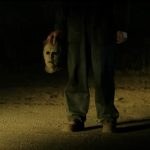 After Michael Myers vanishes for three years, his return is marked with madness and murder. In the final trailer for the last Halloween film starring Laurie Strode, we see the havoc Michael’s caused on her life. This final trailer gives fans an even deeper look at the upcoming film Halloween Ends, which is heading to […] 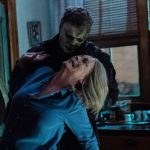 Universal Pictures has released a featurette for Halloween Ends, the epic conclusion in the hrror franchise, which sees Jamie Lee Curtis discussing her role as Laurie Strode and preparing to face off against Michael Myers in a final reckoning, putting a stop to the evil once and for all. Check out the featurette below… Four […] 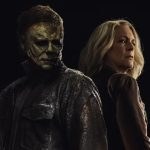 A new TV spot for Halloween Ends promises that Haddonfield is “gonna have a good time tonight” following the four-year absence of its most famous resident. However, that narrative time-jump since the bloody showdown of Halloween Kills appears to have done little to quell the ferocity of The Shape, with this latest propulsive scream-filled teaser […] 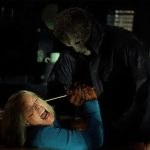 It’s clear from all that we’ve seen so far that Halloween Ends is going to be quite the ordeal for original scream-queen Laurie Strode, with the latest image released by Universal underlining the point by showing Jamie Lee Curtis’ one-time babysitter on the end of a familiar weapon wielded by her long-time nemesis Michael Myers. […]

Laurie Strode and Michael Myers have been playing cat-and-mouse around Haddonfield for over 40 years, so the final poster for October’s Halloween Ends has decided to throw them together in a pose ordinarily reserved for a 90s Matthew McConaughey and Kate Hudson rom-com in order to let audiences know that this is it, this is […] 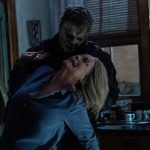 Looking to strip back the chaos of the pretty terrible Halloween Kills and refocus the horror on the classic face off between Laurie Strode and Michael Myers, Blumhouse have dropped the trailer for the final film in David Gordon Green’s modern Halloween trilogy, Halloween Ends. Set four years after the events of Halloween Kills, this […] 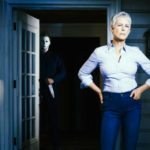 The definitive scream-queen Jamie Lee Curtis has said a “bittersweet” farewell to the iconic character of Laurie Strode as filming wrapped on the trilogy-capping Halloween Ends. The Knives Out actor took to Instagram to post a series of reflective photos, including this Laurie Strode 4 Ever tattoo, heralding the end of a career defining role […] 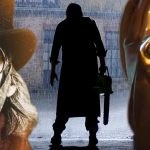 Hasitha Fernando on the top ten horror movies to see in 2022… Ah yes, here we all thought that 2020 was the worst year we endured when we welcomed 2021, but boy were we wrong. 2021 saw the world populace grapple with the worst wave of the still raging COVID-19 pandemic leaving us all masked […] 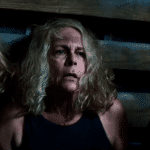 Following the success of 2018’s Halloween movie, Blumhouse announced that two sequels, Halloween Kills and Halloween Ends, were in development to wrap up the story for this recent reboot sequel series. Now, in an interview with Total Film magazine, Laurie Strode actor Jamie Lee Curtis confirmed that the third instalment will most likely be the final time she reprises […] 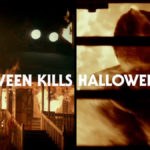 Following the release of Blumhouse’s reboot of Halloween, producer Jason Blum announced the studio would be making not one but two sequels titled Halloween Kills and Halloween Ends. However, if you worried that you would need to watch both sequels to follow the whole story, Blum has recently stated that Halloween Kills “feels like a complete movie” and “ends in […]