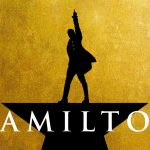 Back in February, Disney announced that it had teamed with Lin-Manuel Miranda to bring a filmed version of his hugely successful musical Hamilton to cinemas in 2021, but those plans have now changed in the face of the global health crisis and it is now being fast-tracked for release exclusively on Disney+ this July. “No […] 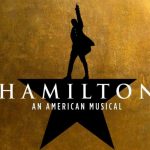 Lin-Manuel Miranda’s Hamilton has been an enormous hit on stages around the world, and now the musical is set for a theatrical release from Disney with the original Broadway cast, including Miranda as the lead character Alexander Hamilton. The film is of the original stage play and was shot in 2016 with multiple studios bidding for […]

Now that Leslie Odom Jr. has finished his run as Aaron Burr in 2016’s much-talked about Broadway show Hamilton, the actor seems to be setting his sights on the film industry once again. Variety reports that Odom Jr. is in negotiations to join the cast of Kenneth Branagh’s Murder on the Orient Express remake. Murder on […]

The popularity of Lin-Manuel Miranda’s hugely successful Broadway musical Hamilton, a show about the life of American Founding Father Alexander Hamilton, has renewed interest in a film adaptation of the multi-talented performer’s previous project In the Heights, which may have just found its director. THR reports that Jon M. Chu is currently in talks to helm the […]