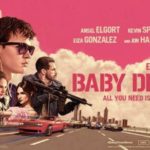 Tai Freligh interviews actress Allison King… Allison King was born and raised in Los Angeles.  She has been seen in many television shows, including Revenge, Drop Dead Diva, Secrets & Lies, Finding Carter, and Turn. She then went on to appear in the sci-fi drama Midnight Special.  King has also made her mark in film.  She […]

Chris Hemsworth and Michael Shannon have signed on to appear in Horse Soldiers, which is based upon Doug Stanton’s book of the same name and will be directed by Nicolai Fuglsig, with Jerry Bruckheimer producing. The film tells “the tense true story of a U.S. Special Forces team and their untested captain sent to a […]