Director Edgar Wright (Shaun of the Dead, Hot Fuzz, Baby Driver) has teased his next feature film, Last Night in Soho, will offer a different experience compared to his previous films. “It will feel very different to my other films,” Wright revealed to Empire. “But I’ve always liked films which have a slow burn into something else, and […] 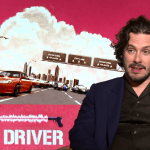 Director Edgar Wright (Shaun of the Dead, Hot Fuzz, Baby Driver) is set to direct a feature adaptation of the novel The Chain, a kidnapping thriller for Universal Pictures, according to Deadline. The Chain tells the story of Rachel, who learns that her 11-year-old daughter has been kidnapped. The only way to get her back is to kidnap […] 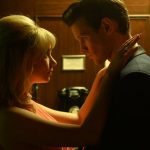 2020 was supposed to mark the return of filmmaker Edgar Wright, after taking a break following 2017’s Baby Driver. Wright has been working on Last Night in Soho, co-written by Krysty Wilson-Cairns, and planned a Setempber release for his new horror movie. Now, Wright has confirmed that the film isn’t complete and announced to fans […] 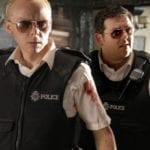 Although Edgar Wright’s Three Flavors Cornetto Trilogy concluded in 2013 with The World’s End, there has always been a demand for Wright and stars Simon Pegg and Nick Frost to collaborate once again. However, if another film was to happen, don’t expect a sequel to Hot Fuzz. During an interview with MovieWeb, Pegg stated that while Hot […]

Director Edgar Wright’s (Shaun of the Dead, Hot Fuzz, Baby Driver) next feature film Last Night in Soho has been indefinitely delayed by Focus Features. According to Variety, Wright’s upcoming psychological horror movie will no longer make its original September 25th 2020 release date after having its post-production affected by the ongoing global health crisis. The film is now […]

While director Edgar Wright is currently in pre-production for his upcoming film, Last Night in Soho, which is currently slated to release later this year, it has been announced he is set to direct a robot sci-fi story. According to The Hollywood Reporter, Wright is attached to direct an adaptation of the upcoming Simon Stephenson novel Set My […] 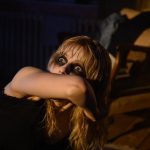 Director Edgar Wright (Shaun of the Dead, Hot Fuzz, Baby Driver) is set to release Last Night in Soho later this year which is being described as a “psychological horror-thriller” taking place in London’s Soho district. During an interview on the Happy Sad Confused podcast (via Bloody Disgusting), one of the main actors of the film, Anya Taylor-Joy, has […]

Shaun of the Dead and Baby Driver helmer Edgar Wright has taken to Twitter to update fans on his next project Last Night in Soho, with the filmmaker announcing that he has wrapped principal photography on the movie ahead of its release next September. That is a wrap on main unit photography on my next […] 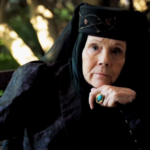 Screen Daily is reporting that Diana Rigg (Game of Thrones) and Terence Stamp (Murder Mystery) have joined the cast of Last Night in Soho, the new film from Shaun of the Dead and Baby Driver helmer Edgar Wright. Plot details for Last Night in Soho are being kept under wraps, although it is said to […]