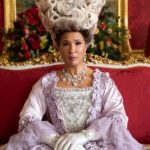 Just days after Netflix premiered the second season of their hit series Bridgerton, the full cast for the streamer’s upcoming prequel spin-off focusing on Queen Charlotte’s rise to power has been announced. In the still to be titled series, the Bridgerton prequel will be a limited series telling “the story of how the young Queen’s marriage to King […]