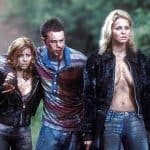 Tom Jolliffe looks at Danny Dyer’s film career and some of the standout gems lurking within… A right sort. A British character from the East End with a way with words and charms you might call divisive. Perhaps to some, a little to gauche, to others a caricature milking his background stereotype and maybe not […] 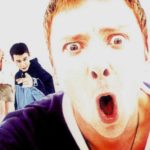 If you cast your mind back to 2016, you may recall talk that a sequel to the cult 1999 clubbing film Human Traffic was in the works, with writer-director Justin Kerrigan on board and reportedly looking to reunite with the cast of the original movie. Well, some three years on, we now have an update […]

It looks like the weekend could be set to land again, with Loaded reporting that a Facebook page has launched for a follow-up to the cult 19999 clubbing film Human Traffic. The site reports that the sequel – titled Human Traffic: The Revolution will once again be written by Justin Kerrigan and could see members of the […]