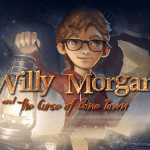 After an extremely successful launch on PC, VLG publishing and publisher Imaginarylab have announced that they will be releasing Willy Morgan and the Curse of Bone Town on the Nintendo Switch later in this first quarter of the year.  This modern take on the classic side-scrolling adventures of the ’90s, such as The Secret of […]