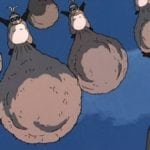 GKIDS and Fathom Events have announced that Studio Ghibli Fest 2018 will continue this month with the theatrical release of the late Isao Takahata’s Pom Poko, an action-packed ecological fable about the clash between nature and human civilization. Pom Poko tells the story of the tanuki (raccoon dogs) of Tama Hills who find their fun-loving community […] 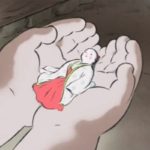 Following the passing of the Studio Ghibli co-founder, Joe Jeffreys revisits Isao Takahata’s The Tale of Princess Kaguya… Isao Takahata was one of the most seminal voices in the history of Japanese Animation. After co-founding the world-renowned Studio Ghibli with Hao Miyazaki in 1985, his work went onto include the devastating masterpiece Grave of the […]

Some sad news this evening, as it has been revealed that Studio Ghibli co-founder Isao Takahata has passed away aged 82. Beginning his career in the 1960s at Toei Animation, Takahata made his directorial debut with the 1968 anime feature The Great Adventure of Horus, Prince of the Sun, which also marked the first major […]

The Tale of the Princess Kaguya, 2014. Directed by Isao Takahata. Featuring the voice talents of Chloë Grace Moretz, James Caan and Mary Steenburgen (English)/Aki Asakura, Kengo Kora and Takeo Chii (Japanese). SYNOPSIS: A girl is born of the bamboo trees, and she is brought up to be a Princess … During the Studio Ghibli season at the BFI last […]

Following on from the UK poster, StudioCanal has now debuted a new trailer for The Tale of the Princess Kaguya, the latest film from Studio Ghibli co-founder Isao Takahata (Grave of the Fireflies), and we have it for you below after the official synopsis… Legendary Studio Ghibli cofounder Isao Takahata (Grave of the Fireflies, Pom […]

A new U.S. trailer has arrived online for director Mami Sunada’s documentary The Kingdom of Dreams and Madness, which follows Studio Ghibli co-founders Hayao Miyazaki, Isao Takahata and Toshio Suzuki over the course of a year – which just so happens to be the same year that anime legend Miyazaki announces his retirement. Check it […]