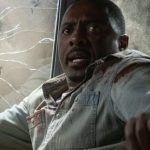 Universal Pictures has debuted the first trailer for Beast, the upcoming survival thriller from director Baltasar Kormákur which stars Idris Elba, Iyana Halley and Leah Sava Jeffries as a father and his two teenage daughters who come under attack from a vengeful lion during a long-planned family trip to South Africa. Check it out here… […]