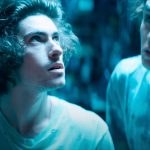 A trailer has been released for Blink 182’s Tom DeLonge’s directorial debut Monsters of California. The sci-fi adventure follows teenager Dallas and his friends as they investigate the supernatural events happening around Southern California, unraveling extraordinary secrets held within the government/ “Anyone who knows me, or follows me on social media, knows I’m no stranger […]