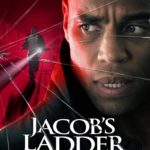 Earlier this month we brought you a trailer for Jacob’s Ladder, and now a poster has arrived online for the re-imagining of the 1990 psychological thriller featuring Michael Ealy; take a look below… After the death of his brother in Afghanistan, Jacob Singer is finally getting his life back together. He has a beautiful wife, […] 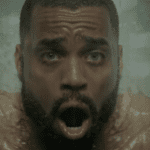 Vertical Entertainment has released first trailer for its long-delayed re-imagining of the 1990 psychological thriller Jacob’s Ladder. Directed by David M. Rosenthal, the film stars Michael Ealy, Nicole Beharie, Jesse Williams, and Joseph Sikora; watch it here… After the death of his brother in Afghanistan, Jacob Singer is finally getting his life back together. He […] 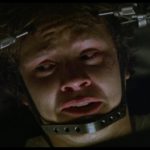 This may come as little surprise given that we’ve seen absolutely nothing in the way of marketing for the movie, but distributor LD Entertainment has revealed that its modern-day reimagining of the 1990 psychological horror thriller Jacob’s Ladder has been pulled from its February 1st release date. According to Bloody Disgusting, the film – which […] 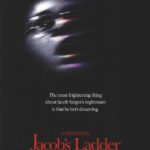 Jacob’s Ladder, 1990. Directed by Adrian Lyne. Starring Tim Robbins, Elizabeth Pena, Danny Aiello, and Matt Craven. SYNOPSIS: Jacob Singer is a seemingly normal man living a seemingly normal life when he is suddenly confronted with a series of strange events and even stranger visions. With his life becoming ever more chaotic and his visions […]

Deadline is reporting that director David M. Rosenthal is set to reunite with his The Perfect Guy star Michael Ealy in a remake of the psychological horror Jacob’s Ladder. Based on a script by Jeff Buhler and Sarah Thorp from a pitch by Jake Wade Wall (When A Stranger Calls), the reimagining is described as […]