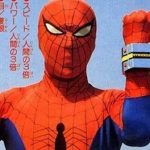 Just days after the release date announcement, producer Phil Lord has seemingly revealed the first new Spider-Man for the upcoming Into the Spider-Verse sequel: Takuya Yamashiro, the main protagonist from the 1970s live-action Japanese Spider-Man TV series. In a tweet sent to Lord, a fan asked the producer if Japanese Spider-Man will be written into the […]