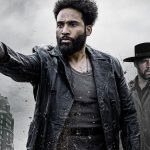 Buffalo 8 has shared trailer, poster and images for the post-apocalyptic thriller Givers of Death ahead of its release this August. Written and directed by Addison Henderson, the film takes place in a near-future where a third of the population has been wiped out by an incurable virus, and follows a hitman out to atone […]