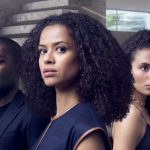 HBO Max has released the trailer for the psychological thriller The Girl Before, an adaptation of the novel by JP Delaney. The series stars Gugu Mbatha-Raw (Loki), David Oyelowo (The Midnight Sky), Jessica Plummer (EastEnders) and Ben Hardy (The Voyeurs). Watch the trailer below… The Girl Before tells the story of Jane (Gugu Mbatha-Raw), who gets the […] 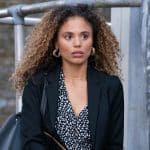 HBO Max has cast Jessica Plummer (EastEnders) in The Girl Before, an upcoming psychological thriller limited series based on the novel of the same name by JP Delaney, which also has joins Gugu Mbatha-Raw (The Morning Show) and David Oyelowo (Chaos Walking) on board. The Girl Before follows “Jane (Mbatha-Raw), a traumatized woman who falls in […]