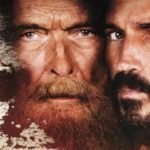 Affirm Films has released a trailer, poster and images for the biblical drama Paul, Apostle of Christ, which tells the story of the man who persecuted the early church and then became its greatest evangelist, and stars Jim Caviezel (The Passion of the Christ), James Faulkner (Downton Abbey), Oliver Martinez (S.W.A.T.), Joanne Whalley (A.D. The […]

While we don’t know the premiere date for the third season of Netflix’s Daredevil just yet, we have more news on who will appear in the season. According to Deadline, the show has cast Joanne Whalley (The White Princess) in the role of Sister Maggie. Daredevil fans will know the name Sister Maggie from the ‘Born Again’ […]

Variety has revealed that James Faulkner, Jim Caviezel, Olivier Martinez, Joanne Whalley, and John Lynch have been cast in Paul, Apostle of Christ, a religious drama from writer-director Andrew Hyatt (Full of Grace), which is being produced by Sony’s faith-based Affirm Films. The film, which is currently shooting in Malta, will see Faulkner taking on […]