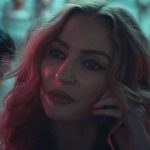 Drea de Matteo sits down with EJ Moreno for a chat about One Way… Known for her roles on television like The Sopranos and Sons of Anarchy, Drea de Matteo always impresses. But her work in the new film One Way is a departure for the actress. In a new interview promoting the film, de […]