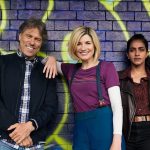 The BBC has continued to whet the appetites of Whovians with the release of a new image from the upcoming thirteenth series of Doctor Who, which features Jodie Whittaker’s outgoing Thirteenth Doctor alongside companions Yasmin Khan (Mandip Gill) and Dan Lewis (John Bishop). It was announced last month that, as a result of the pandemic, […] 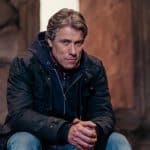 With Graham (Bradley Walsh) and Ryan (Tosin Cole) bidding farewell to the show with yesterday’s Holiday Special episode ‘Revolution of the Daleks’, the BBC has announced that comedian and actor John Bishop is set to join Jodie Whittaker’s Doctor and Mandip Gill’s Yasmin as new companion Dan in the upcoming thirteenth series of Doctor Who. […]