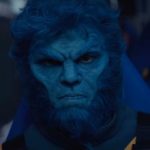 With the final instalment of the X-Men franchise currently breaking the wrong kind of box-office records – X-Men: Dark Phoenix is reportedly on course to suffer a whopping -73% decline in its sophomore frame at the domestic box-office – plans for a Nicholas Hoult-headlined Beast spin-off movie have been revealed by The Hollywood Reporter. According to […]

FilmMusicReporter has revealed that composer John Ottman has signed on to score 20th Century Fox’s upcoming mutant superhero sequel X-Men: Apocalypse, which is being directed by Bryan Singer. The news will come as no surpise whatsoever, seeing as Ottman has collaborated with Singer on the majority of the director’s films, including The Usual Suspects, Apt […]