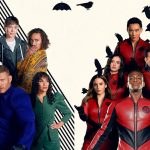 With just over a month to go until the highly-anticipated third season of The Umbrella Academy arrives on Netflix, the streaming service has released the first trailer for the acclaimed small-screen adaptation of the Gerard Way and Gabriel Ba comic book series which you can check out below along with the new season 3 key […] 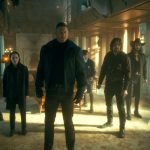 Netflix has released a teaser trailer for the third season of the hit comic book adaptation The Umbrella Academy which reveals that the series arrives on the streaming service on June 22nd; take a look here… The Umbrella Academy season 3 sees the return of Elliot Page, Tom Hopper, Emmy Raver-Lampman, Robert Sheehan, David Castaneda, Aidan […] 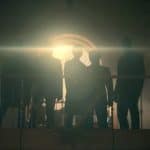 Netflix has announced casting for The Sparrow Academy who will be featured in Season 3 of The Umbrella Academy. Joining the series are Justin Cornwell (I Am the Night), Britne Oldford (Hunters), Jake Epstein (Suits), Genesis Rodriguez (Big Hero 6), amd Cazzie David (Eighty-Sixed). Season 2 of The Umbrella Academy ended with the dysfunctional family averting […]