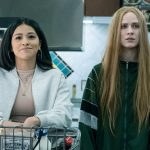 After making a big splash at the Sundance Film Festival earlier this year, the first look at Miranda July’s Kajillionare has arrived with the release of an official trailer. This film marks July’s first feature since 2011’s The Future and quickly became one of the must-see indie films of 2020. Kajillionare features an ensemble cast […]