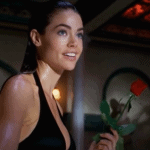 EJ Moreno looks back on the 2001 slasher film Valentine… The slasher genre reigned as the horror go-to for decades. Starting sometime in the mid-70s, slashers films dominated popular culture with iconic killers, casts stacked with beautiful people, and insane kills. This trend would last till around the early 90s when the golden-era of Michael, […] 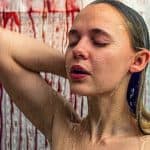 Lionsgate has released a new trailer for writer-director Castille Landon’s upcoming horror-thriller Fear of Rain which stars Madison Iseman, as Rain Burroughs, a teenager diagnosed with schizophrenia who enlists the help of her best friend (Israel Broussard) to investigate if the shadows and cries from her neighbours attic are real or a terrifying hallucination; take […] 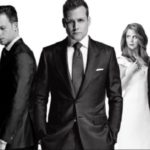 Open Road Films has debuted a new trailer for The Nut Job 2: Nutty By Nature, the upcoming sequel to the 2014 animated comedy; check it out below after the official synopsis… Surly Squirrel (Will Arnett) and the gang are back. We are once again in Oakton where the evil mayor has decided to bulldoze Liberty […]

WIth just three weeks to go until its arrives in cinemas, Warner Bros. has released the final trailer for the upcoming dramatic thriller Unforgettable. The film marks the directorial debut for Denise Di Novi and stars Katherine Heigl and Rosario Dawson; check it out below after the official synopsis… Katherine Heigl stars as Tessa Connover, who is barely […]

Warner Bros. has released a new UK poster for Unforgettable, the upcoming dramatic thriller starring Katherine Heigl (Knocked Up) and Rosario Dawson (Daredevil). Check it out here… Katherine Heigl stars as Tessa Connover, who is barely coping with the end of her marriage when her ex-husband, David (Stults), becomes happily engaged to Julia Banks (Dawson)—not only […]

Warner Bros. has released the first trailer for the upcoming thriller Unforgettable. The film marks the directorial debut for Denise Di Novi and stars Katherine Heigl, Rosario Dawson and Geoff Stults; check it out below after the official synopsis… Heigl stars as Tessa Connover, who is barely coping with the end of her marriage when her ex-husband, […]

Deadline is reporting that Daniel Craig and Katherine Heigl have signed on to appear in Steven Soderbergh’s upcoming film Logan Lucky. Craig and Heigl’s casting follows the recent news that Adam Driver, Seth MacFarlane and Riley Keough will appear in the project alongside Channing Tatum. Logan Lucky is a heist film which revolves around “brothers who plan […]