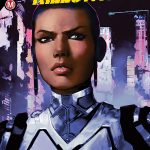 Action Lab: Danger Zone launches its new series Killswitch this Wednesday, and we have a preview of the first issue for you here… In a future where clairvoyant Augurs are used for their powers but feared, held captive, and persecuted, a disaffected military major is shocked into action by the grim realities of the Augurs’ […] 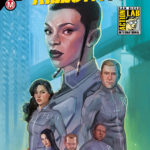 Ahead of its launch in October, Action Lab has announced that fans attending San Diego Comic-Con International this month will be able to get their hands on an SDCC exclusive of the debut issue of the new dystopian cyberpunk series Killswitch; check out a preview of the issue here… In a future where clairvoyant Augurs […]