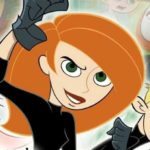 Disney has announced that it is developing a live-action adaptation of its hit animated series Kim Possible, which is being produced as a Disney Channel Original Movie from a script by Emmy Award-winning creators Mark McCorkle and Bob Schooley along with Josh Cagan (The DUFF). On the Lot finalists Adam B. Stein and Zach Lipovsky […]