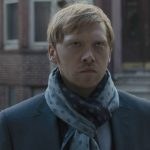 M. Night Shyamalan will reunite with two actors he’s previously worked with on his next feature as Deadline reports that Rupert Grint (Harry Potter) and Nikki Amuka-Bird (Avenue 5) are set to star alongside Dave Bautista in Knock at the Cabin. Grint has starred in Shyamalan’s Servant for all three seasons of the Apple TV+ series which […]