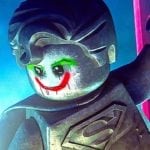 Having been rumoured back in January, Warner Bros. Interactive, DC Entertainment and TT Games have now officially announced the upcoming release of LEGO DC Super-Villains by unveiling a brief teaser ahead of a full trailer tomorrow. Take a look at the teaser here… Details on LEGO DC Super-Villains are being kept tightly under wraps at […]