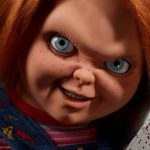 It looks like Manu Bennett’s Deathstroke isn’t the only familiar face returning to Arrow, as Entertainment Weekly is reporting that Katrina Law is set to reprise the role of Nyssa al Ghul. According to the site, Law is set to return for multiple episodes, which will culminate in an “epic fight” with her half-sister Talia […]

Stargate SG-1 star Lexa Doig is set to take on the recurring role of Talia al Ghul, the Daughter of the Demon, in the fifth season of Arrow, with THR revealing that the actress set to make her debut in the tenth episode. Although we’ve seen Talia’s father Ra’s al Ghul (Matt Nable) and half-sister Nyssa (Katrina […]